Skip to content
Home » Is Every Tech Stock a Homerun? A Look at Some History 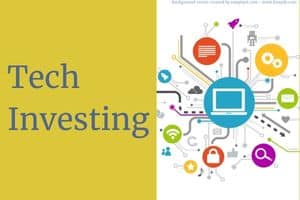 You know that some tech stocks are a good investment. Not only do they greatly increase in value over time – they turn out to be well-run companies with great business models and strong financials.

However…you also know that it’s the winners that get all of the attention. There are some turds in the punch bowl of tech stock history that everyone likes to pretend never existed.

If you’re wondering if tech stocks are a good investment, think about the following:

What I can do, is take a quick trip down memory lane to look at some old recommendations from talking heads. I can lay out the case they made for these tech companies in the past. Then, you can decide whether you would have invested or not.

With the benefit of hindsight, we can see how well your judgment would have paid off.

In order to do this analysis, I’m going to pick a random year between 2008 and 2018. Then I’m going to search Google up to that time period with the term “tech stocks to buy”. Next, I’ll pick a random search result and a random stock from the list of recommendations.

Let’s get into it…

Ran by its founder.

Stock does not (plan) to pay dividends.

Here’s what the recommender, Louis Navellier, had to say about this company:

He liked the recent advance in stock price (September 2010) and its year-to-date performance. He presumable thought there was a positive trend to ride.

Curiously, Louis also cited that it had recently been announced that this company would be acquired. That’s curious because, in my experience, once an acquisition has been announced, the stock seems to trade at or around the announced acquisition price. It could be that he thought that shareholders would reject this offer and a better one would come along?

What was the company?

Louis had pretty good intuition, it turns out.

The referenced acquisition fell through when a better offer came along. On Jan 18, 2011, it was announced that RAE would be acquired by Vector Capital for $1.75 per share (approximately $104 million, based on FY10 shares outstanding). Source.

I can’t find historical pricing for RAE on Oct 7, 2010. Using the trading range given on the 10-K, we can assume that shareholders realized a return between 5.5% and 13.0%. Not bad for six months or so.

Link to the original recommendation.

This company is a provider of silicon parts for broadband digital transmission of voice, video, and data.

How To Grade Risk Management Strategies for Your Stocks

Here’s a glance at some financial data:

According to my source, this price is not split-adjusted (2:1 in February of that year). Additionally, there was a 3:2 split in 2006. So, if my math’s right, your adjusted purchase price would have been approximately $73.40. Source.

The recommender, Garrett Van Wagoner, said that this stock would benefit “from the blossoming market for broadband communications.”

What was the company?

At a purchase price of $73.40, you would have to be very patient According to my source above, BRCM didn’t ever exceed that price again.

21+ years later and you still wouldn’t have broken even. Even after investing in a successful and healthy technology company. That’s what you get for investing on the backside of the dot com bubble.

Link to the original recommendation.

The point of this post is not to pick on these particular writers. We’ve all made good and bad judgments over the years.

The point of this post was to take a random look back at tech stock history to see how a couple of recommended stocks performed over time. Only looking at two stocks doesn’t settle the issue as to whether or not tech stocks are a good investment. Hopefully, though, it goes to show that not all stocks perform as well as the FAANG media darlings.

FAANG stocks aren’t the only ones that have delivered exceptional returns either. I would have liked to expand this analysis further. But, the reality is, Google will probably bury this post in the search results and it just doesn’t make sense to commit too much time to something five or so people are going to see every month. Digging up information on old, delisted stocks is somewhat time-consuming.

All that being said, take from this what you will. But, personally, I think it illustrates that not all tech stocks make good investments in the long run. Even those that are otherwise well run and financially sound.