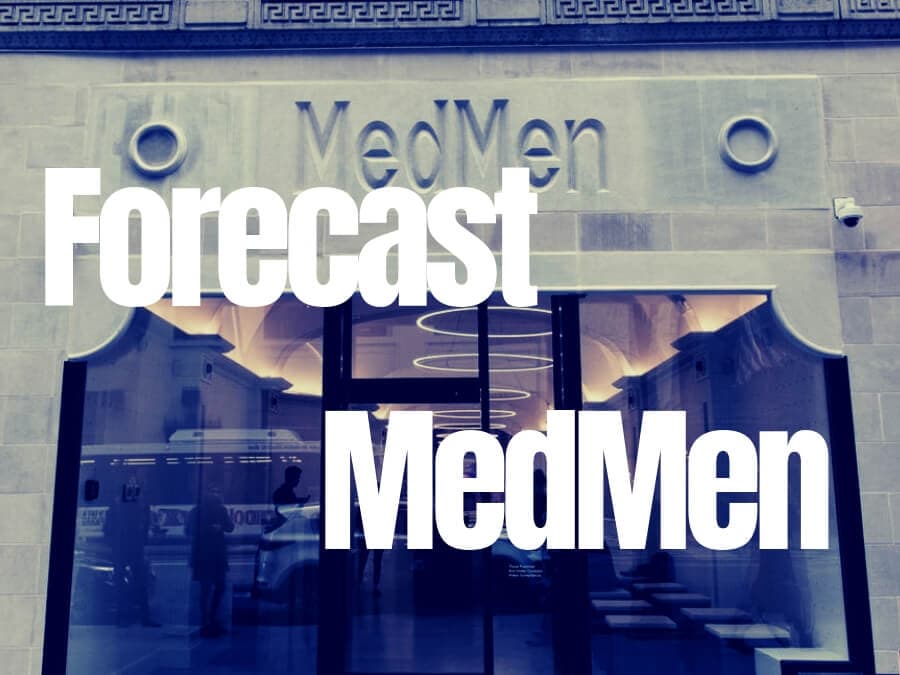 Currently, I estimate that there are 90 million people around the world that are potential customers for MedMen. If MedMen was able to achieve a 26% market share within 10 years, this could boost revenue to $6.5 billion. At their current price-to-revenue ratio, that would translate into a 54% annual growth rate in MedMen stock.

If you’re interested in investing in the marijuana industry, one of the first things you might consider is the size and share of the market your company could own. Below, I’ll walk you through how I did just that with MedMen. If you’re not familiar, MedMen is “a cannabis retailer with operations across the U.S.”

Want to see how MedMen stacks up to other marijuana stocks: Read this post:
39 CANNABIS STOCKS ANALYZED – GROWTH, MARGINS, & LEVERAGE

When doing a top-down market analysis, I’ll start with the biggest population that is practical in order to arrive at a total addressable market (TAM).

MedMen operates in a unique industry. Most businesses can operate freely within the United States. It’s also likely that they can do so internationally. Businesses in the retail marijuana industry, as of today, can’t do that.

So, the most simplistic way to start ing down the number of potential customers is to look at the places where retail marijuana can legally be sold either recreationally or medically (as of today). Then, I’ll total up their respective populations. Here’s what that looks like

As you can see, the total of the states and the developed countries, in terms of the population, equals roughly 611 million. That’s our TAM.

Want to learn more about how stocks compound and can make you rich? Read this post:
DOES COMPOUND INTEREST APPLY TO STOCKS? – GET A BETTER UNDERSTANDING OF HOW STOCKS CREATE WEALTH! [VIDEO]

Now, not every single person in the population is going to patronize a marijuana retailer like MedMen. So, we need to narrow this 611 million down a little bit.

First, MedMen customers should be almost exclusively adults. According to the information that I found from the Census Bureau here – in 2017, 73.5% of the U.S. population was 21 years of age or older.

I couldn’t readily find similar information about the rest of the developed world. So, for simplicity’s sake, I’ll just assume that it’s the same (73.5%). That takes our TAM estimate down to around 449 million.

Of course, not everyone is compelled to use marijuana. I found this post from Reuters, which states that one in five adults, in states where it’s legalized, have used it in the past year

With that in mind, I’ll take the 449 million people over the age of 21 and divide by five. That gives us an estimated serviceable available market (SAM) of 90 million people. Still, a pretty big pool of potential customers.

Keep in mind that if the trend continues towards broader legalization, more states, and developed countries, could be added to this list.

I’ll settle at 90 million people for a SAM. Now, I’ll narrow this market down a little further and estimate the serviceable obtainable market (SOM).

Growth stocks do their best when they’re held for years. Read this post:
CAN YOU GET RICH BUY BUYING STOCKS? – THE IMPORTANCE OF HOLDING LONG-TERM [VIDEO]

MedMen is a young company in a young industry. There’s very little data to work with in order to forecast what share of the market they might control as the marijuana industry matures.

But, you didn’t come here to read about how it was “too hard” to settle on a market share estimate, did you?

So, I came up with one

The means I used to arrive at this forecast would probably make any statistician worth their salt cringe. But, with the limited I was able to find, I feel that it’s reasonable and relatively conservative.

To start with, the only market share percentages I was able to find were from California. So, I had to use California as a model for the rest of the world.

MedMen’s Q1 press release states that they had a 5.3% market share in California.

Their Q2 press release states that they estimate that their California market share rose to 7.0%.

Their first retail store opened in December of 2015 – at which time they had a 0.0% market share.

I assume that their growth in market share will be logarithmic. That means it will increase rapidly at first and then eventually level out.

So, having grown from 0% to 5.3% and 7% over the past two quarters, respectively, I estimate that in 10 years their total market share will approach 26%.

Granted, not every market is going to be just like California. Some states, particularly those with a more left-leaning political ideology, will have a higher percentage of people that use marijuana. Also, they’re not going to be able to gain the same retail footprint in many of the other territories in which marijuana is legalized, I assume.

On the other hand, if MedMen continues to acquire other marijuana retailers at the same rate they have in the recent past, that will only help to increase their market share.

Some other caveats to consider – I’m multiplying market share times customers, not revenue. Why does that matter? Because MedMen’s customers may or may not spend more than other marijuana retailers’. Doing what I’m doing assumes that all customers are equal. And that’s probably not the case.

At the end of the day, I always fall back on the Pareto Principle when doing these types of analyses. The Pareto Principle states that 20% of the inputs will be responsible for 80% of the outputs. So, if 20% of the firms are going to control 80% of the market, give or take, it doesn’t seem unreasonable for MedMen to have a 26% market share. Not as of today anyways…

26% × 90 million potential customers (SAM, from above) translates into 23.4 million customers for MedMen. That’s our SOM.

How did I find the average spend and number of visit amounts?

A little bit of bottom-up analysis

Yes, this is a post on top-down market size analysis for MedMen. But, sometimes to arrive at a good final number, you’ve got to work in the opposite direction a little bit.

Currently, the average spend per visit, per customer amount of $78.91 comes from Meden’s own literature.

As far as the average number of visits go, we’ll again, refer to California since its the location with the most information available.

From our population data above, we estimate that Madmen has approximately 407,000 customers in California. That was calculated as follows:

Wrapping it all up

So, in ten years, we’ll assume that MedMen has 26% of the retail marijuana market share. With 90 million people in the SAM, we can estimate that they will have a SOM of 23.4 million customers in 2029.

A flimsy projection of the future for MedMen stock

Making predictions about MedMen’s future market share and revenue is fine and good. But, ultimately, the purpose of security analysis is to draw a conclusion about what it means for the company’s stock price. So with that in mind, for fun, let’s make such a prediction.

Requisite disclosure here – this is not me making any sort of recommendation. It’s just playing around with the numbers and seeing what might be if certain assumptions hold true.

We know that revenue over the past four quarters was $86.3 million (page 42).

So, that’s where we are as of today.

If what was outlined above were to come to fruition, that would represent a compound annual growth rate of 54.05%. A very tidy return by anybody’s standards.

As I said, this is a very quick and dirty exercise in valuation. It doesn’t take into account any of MedMen’s expenses. Also, it assumes that ten years from now, MedMen stock would trade at the same optimistic revenue multiple that it does now.

Well, there you go. That’s pass at a top-down analysis to estimate what MedMen might realize in terms of market share and revenue over the next 10 years. Plus, what achieving those milestones might mean for the MedMen stock price

Would you have made different assumptions when coming up with a market share or estimated revenue amount?

What was I too optimistic or too pessimistic about?

Back your answer up with numbers, and join the conversation on Twitter!