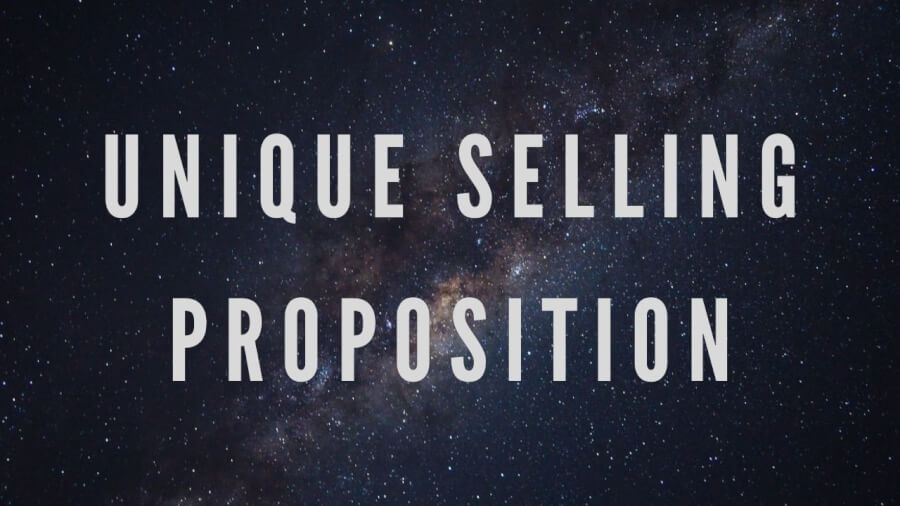 A Unique Selling Proposition (USP) is what compels customers to choose one company over another – it’s up to each investor to decide what a company’s USP is.

The USP will help define a company’s Serviceable Obtainable Market. Ultimately determining their full potential. Knowing a company’s total potential market helps you, as an investor, understand how much room there is to grow in their industry. Determining a USP for a company is very subjective. However, it’s a critical part of a Sales Opportunity Analysis.

This post ties into the bigger picture of a Sales Opportunity Analysis which is part of a series on “Point 4” posts related to Philip Fisher’s book Common Stocks and Uncommon Profits.

What is a Unique Selling Proposition?

A Unique Selling Proposition (USP) is what separates a company’s product (or service) apart from its competitors. Obviously, in order for a company to reach its “maximum potential” in sales, it must differentiate itself. It won’t happen by accident.

The term sounds a little bit like jive business school/boardroom jargon. Something that gets thrown around haphazardly by people trying to sound smart. There’s probably some truth to that.

However, if you look past that, you might see that there’s a valid concept a the root of the idea. I think, in order to understand if a company is capitalizing on its sales opportunities, you have to believe that it understands itself and how customers perceive it.

Characteristics of a Unique Selling Proposition

As the name implies, a USP is unique. Meaning, no other company has quite the same USP. If you can say “ditto” for a competitor, you probably haven’t pinpointed the USP.

When a company loses sight of its USP

Consider an example (Source, No. 52) of a company acting counter to its USP.

The example is the Sapphire screen for the iPhone. An almost indestructible screen for a device that is designed to be disposable. My first inclination about Apple’s USP is that it has something to do with being trendy. Well, trendy things and long-lasting things are rarely the same.

Apple seemed to kill this before it grew legs. But, had they launched the iPhone 6 with this quality (expensive) screen – margins could have suffered. Or, customers might have been slower to upgrade to a device that had a lower-quality screen. Sales could have suffered in the future.

Either way, if they had proceeded with this idea, it’s possible that they would not have reached their potential. All because they lost sight of who they were.

Too much quality in an iPhone is inauthentic. Authenticity is what is endearing to customers. Inauthenticity will eventually get sniffed out. It can affect sales and it can affect the stock price.

The Unique Selling Proposition should be an advantage that a company utilizes. It can (and should) be leveraged. It is what will set a company apart from its competitors. Strategies that run contrary to the USP might seem novel. But, they are a gamble.

If the company you’re analyzing is overthinking things and trying to be something it’s not – beware. They could have reached a point of maturity. A point where they don’t have a good strategy for increasing sales.

That’s not to say that product development can’t work. But it probably has to be consistent with the company’s USP to be impactful. If a company wants to tread new waters, then it might be best if they acquire a new brand. One that they can create a new USP for.

The relationship between customer and company is a two-way street. If a company tries to be what it thinks that customers want it to be – they’ll both be disappointed.

A USP stems from the culture of the company. The people that set the tone for corporate culture is upper management.

Why is a Unique Selling Proposition important?

“It’s a lot harder to be better. It’s easier to be different.” (Source)

I suppose it comes down to working harder vs working smarter.

If the company you’re analyzing wants to work harder, they can. They can throw more money and more manpower at beating the competition. The competition, in turn, might do the same. Meanwhile, margins deteriorate. The price might go up. Demand might dwindle. And, whatever their true USP is, goes by the wayside.

Conversely, the company you’re analyzing might choose to work smarter. To take their true USP and run with it. They might avoid trying to be something they’re not. It could be that things come easier for them when they’re not fighting an uphill battle. The momentum they find might bring them higher sales and margins.

How to determine a company’s Unique Selling Proposition

A USP is a subjective thing. Even if a company explicitly states one, it doesn’t mean that it’s truly their USP. It might just be a marketing ploy.

Think Fox News. Whether you’re conservative or liberal, if you’re being honest, you’ll probably agree that they aren’t “fair and balanced.” Neither is any other mainstream media outlet I can think of. But, I digress. The point is, Fox News has a USP, certainly. But it’s not what they claim it is.

So might be the case with the company you’re analyzing. You’ll probably have to come up with your own version of their USP.

Ideas for settling on a Unique Selling Proposition

Everything in life is given meaning by being compared to something else. If there’s nothing to compare to, we can’t put things into perspective.

Yes, you can look at the products and services the competitors sell. But, also consider their market messages. How are they relating to customers? How do they want to be perceived?

Then, put yourself in the customers’ shoes. What’s going through their minds when they compare “your” company to its competitors?

Using feelings (and beyond) to determine a Unique Selling Proposition?

Keep in mind the customers’ needs. Most people have heard it said that everybody makes decisions based on feelings. They only use logic to justify their decision. A simple tool, like the feelings wheel below, might help you get inside customers’ heads.

Beyond feelings, I’ve heard it said that people really make decisions to satisfy their reptilian brain. The oldest part of our brain that is only concerned with the propagation of our genes. The reptilian brain only has four concerns: fight, flight, feed, and…fornicate.

Beyond playing at being a psychologist, you can simply reflect on your own experiences as a customer. Or, if you’re not one, you can ask for the thoughts of actual customers.

However you approach this task, try to leave your preconceived notions at the door. Don’t try to find answers that confirm what you think you know. Take information at face value as you find it. Piece it together to come to a conclusion.

If you’ve been following along, you know that I’ve been using Facebook as my example company for the Sales Organization posts. No reason to break tradition here.

By their nature, all social media platforms are different. Like I’ve mentioned before, I don’t think that Facebook has a direct competitor. No other (domestic) platform is really the same. But, that doesn’t mean Facebook is capitalizing on all its sales opportunities. It also doesn’t mean that it’s invulnerable.

There are numerous names in the social media industry. Several of which are owned by Facebook. Each has a different USP.

I won’t look at them all. But, I’ll examine Facebook and give my opinion on it and Twitter and Snapchat. Many people use all three, so they aren’t competitors in the traditional sense. But, they aren’t so different that one couldn’t steal users, or more importantly time, from another.

Keep in mind, that this is a very subjective exercise. None of these companies have explicitly stated a USP, that I know of. Your interpretation might be completely different.

It’s easy to avoid people who want to start drama on Facebook. Even if they are friends and family.

There can be drama on pages and in groups. But, those are also easy to mute or unfollow.

To keep family and friends connected.

While Facebook has the potential for drama, they allow you to block it out. To focus solely on friends and family – if you want.

The Trends section lists the most controversial subjects being argued at any given time. Twitter seems to do its best to promote your involvement in conflict.

It’s a place where you can converse with people who share your ideologies and argue with those who don’t.

Each is only a couple of keystrokes away. That’s why I’m going with that as my USP for Twitter.

Admittedly, I’m not as familiar with this application as the previous two.

It’s based around pictures, of course. Not words. So, the potential for drama would seem lessened to me.

Pictures that aren’t terribly meaningful. If they were, they would go on Facebook or Instagram, I suppose.

A platform to show people how much “fun” you’re having without having a permanent record of that “fun.”

That’s my take on it. As I said, I’m not that familiar, though.

Those are my quick takes on the USPs for three of the biggest social media companies. All I did was draw on my own experience and think about the feelings that each platform played to.

I also review each company’s mission statement to get an idea of how they viewed themselves. That wasn’t always helpful.

These USPs might evolve over time and that’s fine. I’ve singled out what I think makes each company unique. That will help me as I move on in my Sales Opportunity analysis.

Would you define a Unique Selling Proposition differently?

How else might an investor determine the USP of a company?

Do you think the USP is different than what I came up with for Facebook, Twitter, and/or Snapchat?

I’ve worked in corporate finance for almost fifteen years. I have a bachelor’s in Finance and an MBA. I am also a Certified Management Accountant. At one time I had my securities license (Series 7) and Health and Life insurance licenses. What’s more important, is that I like to learn and always seek to truly understand the subject I am studying.

Invest Some Money was launched in 2018 in order to explore ideas in investing. To build on and dig deeper than existing resources.

Another one of Invest Some Money’s goals is to illustrate topics in-depth.