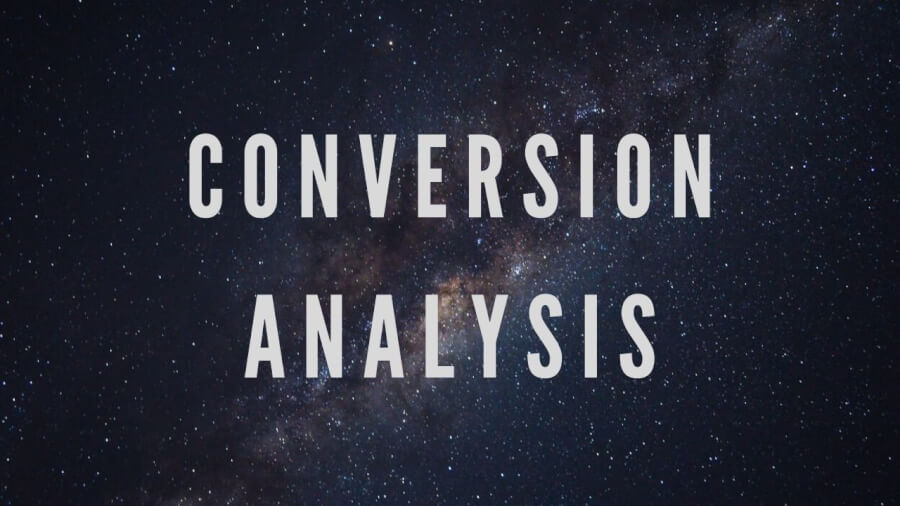 A conversion funnel analysis is part of an overall examination of the sales organization; it examines how efficiently a business turns leads into its best customers.

There are a series of “levels” that a customer passes through on their way to becoming a raving fan. These levels can be pictured as a funnel. Only a certain percentage moves on to the next level.

As an investor, a Sales Conversion Analysis is helpful because it helps you understand how well a company is taking advantage of the leads it has. The more leads it can move along in the funnel, the greater the likelihood of sales growth and hitting sales targets.

This post is part of a series on the analysis of the sales organization.

This series was inspired by Point 4 from Philip Fisher’s book on investing – Common Stocks and Uncommon Profits.

Repeat customers are really important to the success of a business. They make the company more successful. It’s more cost-effective for companies to keep customers than to acquire new ones.

Any business that sells has a conversion funnel. The narrowing down of a Serviceable Available Market (SAM) to actual customers.

The company you’re analyzing loses a certain percentage of potential customers as they pass through the funnel.

The Sales Conversion Analysis is part of the evaluation of the effectiveness of the company’s sales organization. Along with the Sales Growth Analysis, Sales Target Analysis, and the Sales Opportunity Analysis (Unique Selling Proposition).

As an investor, the goal is to make an educated guess on how many customers a company is converting from level to level. When compared to the competition, we can then make judgments. What we learn can be combined with other sales organization analyses to move toward an opinion on the worthiness of the investment.

What is a sales funnel?

A sales funnel is a visualization of how potential customers become actual customers. Beyond that, how they become repeat customers or referrers.

Most of what’s written about sales funnels is for the entrepreneurial community. Which makes sense. They are hungry for revenue and, usually, hungry to be educated. If you are interested in entrepreneurship, check out my other site SpreadsheetsForBusiness.com.

This site is about investing though. So we are going to look at this concept from outside the organization. Not inside.

Each industry (and company, for that matter) has its own unique sales conversion funnel. So, feel free to tweak this as you see necessary. I’ll be using Facebook as an example again. Just as I have for my other Sales Analysis posts.

My funnel will be simplistic to illustrate the topic at hand. It will only consist of four levels.

The number of customers that convert from one level to the next will vary. It depends on the nature of the business you’re analyzing. In some industries, many leads might turn into repeat customers. In others, almost none.

At this level, a business is just seeking awareness. They’re targeting people in their Serviceable Available Market (SAM). These are the people (or businesses) that fit the demographic profile of potential customers. The goal is to make those in the SAM aware that the company exists.

This is done through marketing, of course. Whatever means works best. Breadth is more important than depth.

The funnel has narrowed to those who are willing to take the leap. Those who feel that all their want and need “boxes” have been checked. Those who are prepared to spend money.

To land a customer, a business must remove as many obstacles as possible. Sometimes the obstacles only exist in a customer’s mind. This is where an “above-average sales organization” pulls its weight. To convince unsure prospects that their business is the best to suit their needs.

Obtaining a one-time customer isn’t the ultimate goal for most businesses. The best business models self-perpetuate. Landing a customer can be difficult and costly. That’s why it’s ideal for a business to convert as many customers as possible into repeat customers. Or, if the nature of the business isn’t conducive to that, customers will refer others.

This is the bottom of the funnel. It has narrowed to a business’ best customers. Those who can be upsold, keep coming back, and/or refer others to the business.

As has been done with previous sales organization posts, I’ll be using Facebook, Inc. (FB) as an example.

I’ll admit, maybe Facebook isn’t the best company to illustrate this type of analysis. Facebook has a SAM that includes a large part of the population. And, they’ve converted a large portion of that SAM into repeat customers. Facebook might have the preeminent business model.

However, I had to decide between picking a company that might have better illustrated the topic or staying consistent. I opted for the latter. I thought that using the same company for all sales organization analyses would show how they all linked together.

Facebook, as we know, is worldwide. The world’s population currently stands at about 7.7 billion people.

Currently, 57% of the world’s population has internet access (Source). Obviously, this is a bare minimum for being a Facebook user. 57% of 5.7 billion is 3.2 billion.

This is what we’ll use for the first level of the funnel. The SOM. We’ll say that Facebook has 3.2 billion leads.

So, how many of those 3.2 billion are prospects? How many would move on to Level 2?

In my last post, I gave my opinion on Facebook’s Unique Selling Proposition (USP). I thought it was something like “To keep family and friends connected.”

Earlier, I said that a company’s USP gives us insight into what separates prospects from leads. That might be the case. But, everyone has friends and/or family, right?

Turns out not everybody has a great relationship with their family. 19% of people, we’ll approximate, have no contact with at least some of their family (Source). So, if keeping friends and family is Facebook’s USP, then we might assume that 19% of the “leads” would not translate into “prospects.”

How many of those prospects are “customers?” This question might be a little easier to answer.

Think back to the Sales Growth Analysis. In that, Daily Active Users (DAU) were referenced in the analysis of “units.” Beyond that, Facebook also reports Monthly Active Users (MAU) on a quarterly basis.

MAU are people that use Facebook. But, only sparingly. At least compared to their daily counterparts.

As you can see below, MAU equals approximately 2.4 billion as of June 2019. These are what we will consider Facebook’s “customers.”

If MAU is “customers,” then DAU is the “repeat and referral customers.” These are the Facebook power users who are their bread and butter. They keep coming back and drive advertising revenue. They are the ones who talk up Facebook to their friends and family – inspiring them to create accounts.

We can assume that Facebook’s ultimate goal (like most businesses) is to convert as many “customers” as possible into “repeat and referral customers.” As of June 2019, these types of customers numbered 1.6 billion.

There you go. We narrowed down Facebook’s sales conversion funnel. Of course, if you wanted to get more detailed, you could. Breakdowns could have been made by geographic region, for instance. Plus, other criteria could have been used as a filter throughout the funnel. Improvements can always be made moving forward.

Here’s a visualization of the funnel, along with the conversion percentage at every level.

Additionally, you might consider doing something similar for the competition. As was the case for the USP, looking at the competition might help to provide some perspective.

What is a sales funnel system?

A sales funnel is a process that people go through to become customers. Every step of the funnel will take the buyer one step closer to making a purchase.

The term sales funnel is used to refer to the steps that consumers follow in order to buy a product or a service. A sales funnel is based on the assumption that a business starts with a bigger number of potential clients and ends up with just a few. A sales funnel is less commonly known as the purchase funnel.

With the right sales funnel, a business can help the buyer to make a journey from not knowing about a certain product or service, to becoming repeat/raving customers.

It should be noted that optimizing the sales funnel is not about hard-selling. Pushing for the sale of the product or service alienates the potential buyer. These people end up dropping out of the funnel. Rather than using such strategies, it is better to concentrate on the quality of the product or offering competitive prices.

By learning the best ways to optimize the sales funnel the businesses can tailor their marketing messages to the target audience. Overall, the sales funnel remains a valuable tool that can help to maximize profit and stock prices.

Do you have any thoughts on my Facebook conversion funnel analysis? Would you have attacked it differently?